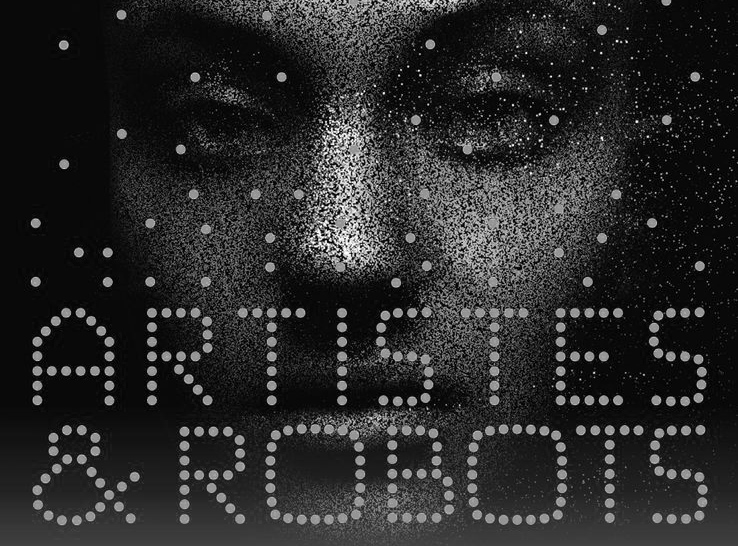 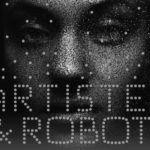 Artistes & Robots is the first exhibition at the Grand Palais to address artificial intelligence. It presents an abundant selection of multifaceted works which integrate of robotic devices into the creative process. These artworks reveal the delicate structure and the boisterous dynamics of our world, where the relentless elegance and the chilling, calculating power of machines triumph.

Is this an evolution or a fracture? Once freed from the artist’s hand, is an artwork still obedient to them or does it have a mind of its own? To get a better understanding of the issues related to this transition, let’s meet the curators of the exhibition; Laurence Bertrand-Dorléac and Jérôme Neutres.

Why is this exhibition being shown at the Grand Palais?

Laurence Bertrand Dorléac : We organized this “Artists and robots” exhibition to demonstrate that artists who are interested in new technologies and artificial intelligence today are part of the history of art. The fact that the venue is the Grand Palais, a space dedicated to the Fine Arts, is a sign that digital technology can no longer be confined to  science museums. From prehistoric times, artists have been interested in the evolution of their technical environment. Today, they pose questions that are already very old, but use radical new means that allow them to create forms in a different way, and in an exponential, generative and immersive way, which they would have been unable to create without these tools.

Jérôme Neutres : Robotic art, which combines computer art, which appeared in the 1960s, with creative machines from the 1950s, generative and algorithmic art, has its place here. Since the concept of artificial intelligence appeared in 1956, artists have invested all the new AI technologies to produce new visual forms, new original works of art…

This exhibition tells a story, a chapter in art history, which includes robotic creation & its various schools and movements. It affects anyone who questions artificial intelligence, the future of a robotized society, where machines are playing an increasingly significant role. The exhibition merges a social subject with a public space for debate.

This exhibition tells a story, a chapter in art history, which includes robotic creation & its various schools and movements.

When performance is based on technology, what is the place of art? And of the artist?

L-B-D: Performance is not about technology, but it uses it. These are fully-fledged artists who generally have classical backgrounds in Fine Art and the Decorative Arts, who know how to draw but who, at some point, have decided to extend their work and make it different by using these new technologies. These are merely a tool to which the artists delegate a part of their powers.

J.N: What is interesting about robotic art is that it completely frees the work from the artist’s hand. There is this cliché that an artwork can only be an artwork it was made by human hands. However, about a hundred years ago, there was a “Rodin” exhibition, although none of the sculptures on display were actually made by the artist. The idea of ​​delegating the production of an artwork is as old as art itself. What is interesting here is to observation of what these works are demonstrating, and wonder whether they still qualify as artistic creation.

Four generations of artists are presented in this exhibition. Some were born in 1915, others in the 1980s. They have a unique and critical view of society and our ultra-connected environments, and this helps us think about the world. Many of the pieces in this exhibition highlight our world’s disturbing strangeness, as well as its fragility. I’m referring to the work of Catherine Ikam, Christa Sommerer and Laurent Mignonneau. It demonstrates the incredible ease with which we can create a painting of a face using technology, and how it can then disappear in a second. It reminds us of all this data, all the memory in the world that we accumulate on computers, and then disappear in a snap of a finger due to a bug.

Performance is not about technology, but it uses it.

Does the presence of technology behind the art raise the question of its reliability and durability?

L-B-D: In a way, these works are at least as durable, if not more, than a masterpiece which is vulnerable to damage. Different IT systems tend to evolve. We did, however, manage to restore two old robots, including one built by Nicolas Schoffer in 1956.

Should we be fearful of robots overtaking artists?

L-B-D: At the moment, there is growing concern due to transhumanists’ performative speeches which warn us of our being replaced by robots, or of eternal life. I think it is a question of belief. Scientists explain that there is no evidence supporting this. It is very complicated to create a human and I do not for one second believe in the superiority of robots. This catastrophic discourse was inspired by psalms from the 5th century BC. The belief that artificial creatures can exceed their creators has been a timeless leitmotiv of all human fiction. It can be a good thing to be scared, and it is true that robots can accomplish more and more things, but that absolutely does not mean that they are self-sufficient.

LBD: I think that there are already some collectors for this type of art made by robots, and I suppose that there will be more and more, in the same way as there are many photography collectors, when in the 19th century nobody imagined it would even integrate the art market.

What is the future of this art form?

JN: When you see how technologies evolve from year to year in the robotics field, it’s safe to assume that thousands of artistic proposals will appear and that, following Artistes et robots, there will be Artistes et robots: chapter two, chapter three, in a few years’ time… There are still many creations to come thanks to the alliance between artists and machines.

We must expect great innovations to transform the entire technique of the arts, thereby affecting artistic invention itself and perhaps even bring about an amazing change in our very notion of art.