Mark Tobey exhibition, Tobey or not to be?
Galerie Jeanne Bucher Jaeger
in collaboration with the Collection de Bueil & Ract-Madoux

One must love space to describe it so minutely, as if there were
world molecules, to contain a whole spectacle in a molecule of drawing.

The idea of the microcosm is, for humankind, the highest idea.
/ We are thus all cosmotricians.

The first time that Victor Hugo was able to look at the moon through Arago’s refracting telescope at the Paris Observatory in 1834, he watched and dreamed of the inconceivable, invisible world that was shining at the end of his gaze. If “nothingness had a shape, that would be it,” he would write in Promontoire du songe. He then wondered that the movement of the light on the star, surrounded by darkness, could be so slow. Arago explained to him that the sun had just risen on the rotating moon, and Hugo translated: so is it with some works. Masterpieces that had been plunged into darkness for a long time, frozen artistic destinies suddenly find themselves struck with light, and we discover, astonished, a new, vibrant world floating above us.

The odd period we are experiencing might be favorable to the slow revolution of some stars whose faces have been hidden to us until now. The noise and blinding dust of the great art-critical battles, necessary in their time, has now settled — the watchwords about figuration and abstraction, the Action Painting of Pollock’s “canvases” that captured the act of creation on the spot, drawn attention to by the writings of critic Harold Rosenberg, or the literal modernist flatness championed by Clément Greenberg; now that we don’t have anything to lose anymore, but everything to hope, works that were working in silence two steps away from us are now slowly coming back into the light.

In 1955 the pioneering gallery Jeanne Bucher Jaeger organized the first European exhibition of the fascinating and meticulous work of Mark Tobey (1890-1976), neither figurative nor really abstract. Today, the gallery invites us to a striking retrospective of his works. One can discover his primitive Animal Totem of 1944 facing, for purposes of dialogue more than chronology, India ink works on paper from 1957, but also a fascinating quasi-parietal canvas, a monotype on paper dating from 1961, opposite a glowing 1966 work that could pass for a very personal version of Rothko, Unknown Journey, on loan from the Centre Pompidou. The exhibition’s subtly hung works open a path that leads us into a suspended universe, shrunken spaces, cosmic nests where colors and signs dwell.

The American artist, fêted while he was alive (the MoMa invited him to participate in an exhibition in 1929), close friends with Lionel Feininger and Sam Francis, remains a marginal figure of the New York school. It would be more precise to say that he set himself on the margins. In 1952, Tobey wrote to Marian Willard, and his correspondence is full of such claims: “I don’t want to carry a leader role in American Painting. I want to paint, that’s all.” An admirer of Rothko, he also wrote to her, in 1958: “I don’t resemble anyone but have some kin to Klee. I get pretty depressed with modern art. Nothing can grow that is watched too much.” Too watched, too observed, the limelight burns more than it lights. As if the delay and the cold night, like that mentioned by Hugo, were necessary to create his work, so similar to that of his contemporaries (he was seen as a forerunner of all-over painting and of color field painting) and yet so different. Tobey explained this difference himself: a great traveller, he converted to the dissident muslim Baháʼí faith, a 19th-century mystical syncretism that advocates the unity of all beings and equality between men and women; he also studied Chinese Zen and calligraphy, as can be seen in his series of India inks Sumis. As he himself confessed, Tobey stood at a vertiginous point between East and West, looking at one through the other.

In the text of the exhibition catalog dedicated to the painter [1], David Anfam shows how the relatively small and tight formats of Tobey’s works, where a whole world of signs and sketched-out figures is swarming, differ from the large canvases of Barnett Newman and Clyfford Still, inspired by some geographic sublime. Tobey’s manner, lively and often serene, also moves away from Pollock’s nervous, chaotic and diffuse gestures, whose projected interlacings sometimes seem to leap towards the viewer and to press against the sides of the canvas as if they wanted to break out of it. In Tobey’s work, everything at stake is inside, signs bend, the outlines proceed in spiral movements. The artist does not seek to cover the space or to go beyond  the limits of painting, but to bring the work back to an imaginary center, to hold the infinite within the limits of the finite. As if to beckon our gaze lost in the multiple objects of the world, everything in his work converges towards an interiority all the more dense as it is without a stable and perceptible center. If there is something akin to a center in his work, it would reveal itself in the manner of a romantic oxymoron (“Each line is an axis for the world,” wrote Novalis cryptically), a center that moves, vibrates sometimes in pointillist fashion, and multiplies itself into a “multiverse.”

Tobey’s work – canvases, watercolors, tempera – is not the trace of a gesture or the powerful assertion of a space; it holds in its fingers a few centers of matter and light vibrations. The canvas with the emblematic title Within Itself (1959), a sort of dark impenetrable wool carpet, as well as the extraordinary World (1960) – a painting covered with thin white lines – are characteristic of the artist’s tendency to vary scales. Plunged into his “miniaturizing imagination,” as Bachelard would say, the painter seems to be unveiling worlds blown up through the lens of a microscope through the acuity of his gaze. Sometimes he flips the end of the lens and the microscope, under which  matter invisible to the naked eye was swarming, becomes a refracting telescope exploring faraway stars and starry fields.

In Tobey’s work, motives are neither figures, strictly speaking, nor geometric shapes, nor abstract colored expanses. The artist rejects this term; to abstract means, etymologically speaking, to pull from, to extract, and so, to isolate. Tobey rather aspires to unify the disparate elements of a universal conscience, present at the heart of the cosmos or in a simple veined tree leaf. If there is, in his work, some “spiritual in the art,” it is not through a symbolism of colors and shapes, as in Kandinsky’s work. The spiritual manifests itself through the patient and subtle interweaving of elements, of reticular architectures, of balancing forces. It is a subtly musical art (let’s not forget that Tobey was also a composer): “If one loses the rhythm of the world, one loses the world itself,” as Novalis also wrote. The spirit that animates and inhabits these interior landscapes makes energetic fields vibrate: organic (molecules, seeds) and astrophysical (planets, expanding galaxies) worlds. Françoise Choay astutely remarked in 1961: “From the infinitely small to the limits of the universe, his gaze questions with as much passion a culture of microbes and the celestial vault. He also scrutinizes the world of molds, the moving life of waters.”

If there is one artist today who carries on this quest for reconciliatory spirituality, the cosmic and microscopic preoccupation of Mark Tobey, it is probably the German artist Evi Keller, discovered a few years ago by the gallery Jeanne Bucher Jeager. Her immense work, labelled under the single term Matière-Lumière (“Matter-Light”), swarms with details and with stretching worlds, as in Tobey’s canvases. Evi Keller made Novalis’ ambition to “novelize the world” hers: to unify the finite and the infinite, the visible and the invisible, the nocturnal matter and the theophanic fire. When Tobey paints enigmatic color vibrations, atom-rains and floating clouds, he captures fragments of the universe in small windows. Evi Keller broadens the pictorial field by making her materials live within vast canvases covered with ashes and pigments, but also through photographs and videos; she also works on delicate, transparent pieces of plastic tarp painted in blue, black and gold, as crumbly as bark. From large to small, from small to vast, the work’s unity in the making is that of a body: not the particular envelope of the self, but the interior body, that of incorporated soul, and the external body of the cosmos with its multiple galaxies. The artist reminds us that our carnal matter is consubstantial with the universe: it is made of water, carbon, nitrogen and hydrogen. In The Two Sources of Morality and Religion, Henri Bergson remarked that it was constantly repeated that our body was very small in comparison with the universe, and yet “if our body is the matter to which our consciousness applies itself, it is coextensive with our consciousness, it perceives everything that we perceive, it goes all the way to the stars.”

Evi Keller’s work stands at the crossroads between the matter we are made of and the light in which ancient civilizations placed the supreme intelligible principle, the very sun of the living. In reaching back even further, since changes of scale are also temporal journeys, we would see Prehistoric humans animate, that is, give a soul, by way of torches and flashes of light, to the walls of the caverns and the ambient subterranean life. The first artists, drawing with “gold hands,” to take up François Warin’s beautiful phrase [2], are also the most atemporal ones – as are Mark Tobey and Evi Keller. Coming out of the Lascaux caves, Picasso remarked, as Warin reminds us: “Nothing better has ever been done… and none of us can do as well.”

In Evi Keller’s work: a sun soaks in the cave’s black water; blood filaments drip on gold leaves; a hard, granite wall evaporates into a light and fluid veil.

And while we were talking and looking elsewhere, the sun has been rising on the moon, revealing, as Hugo wrote, a luminous work that was patiently waiting in darkness.

The artist does not seek to cover the space or to go beyond the limits of painting, but to bring the work back to an imaginary center, to hold the infinite within the limits of the finite. 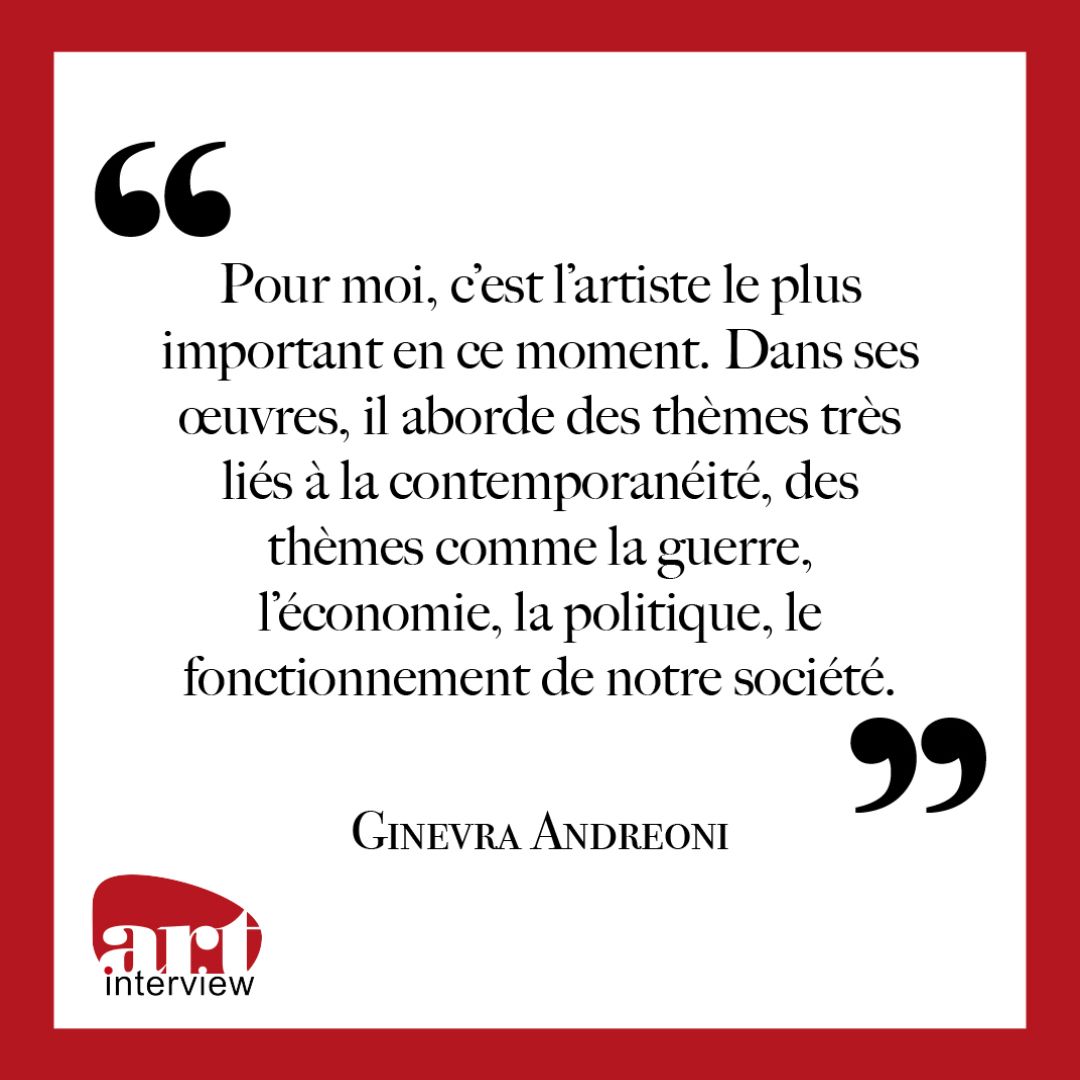 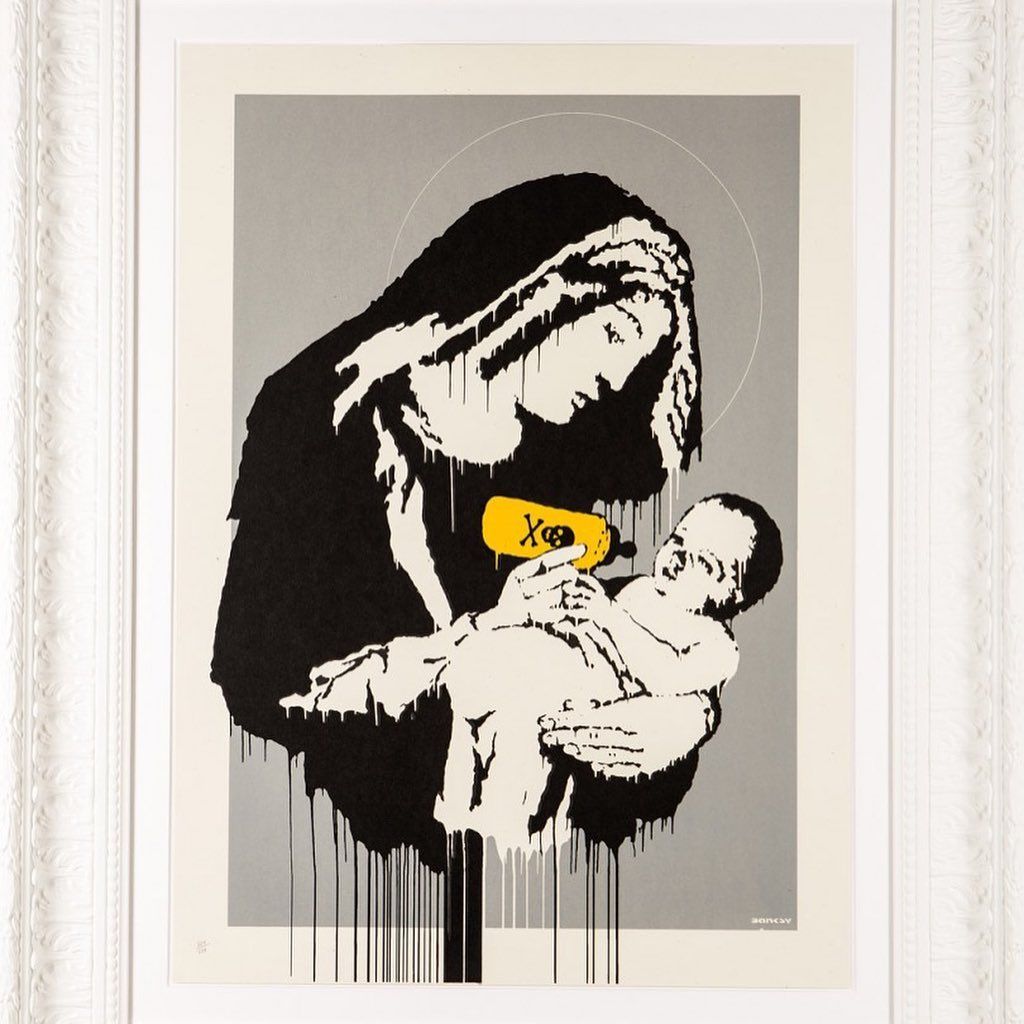 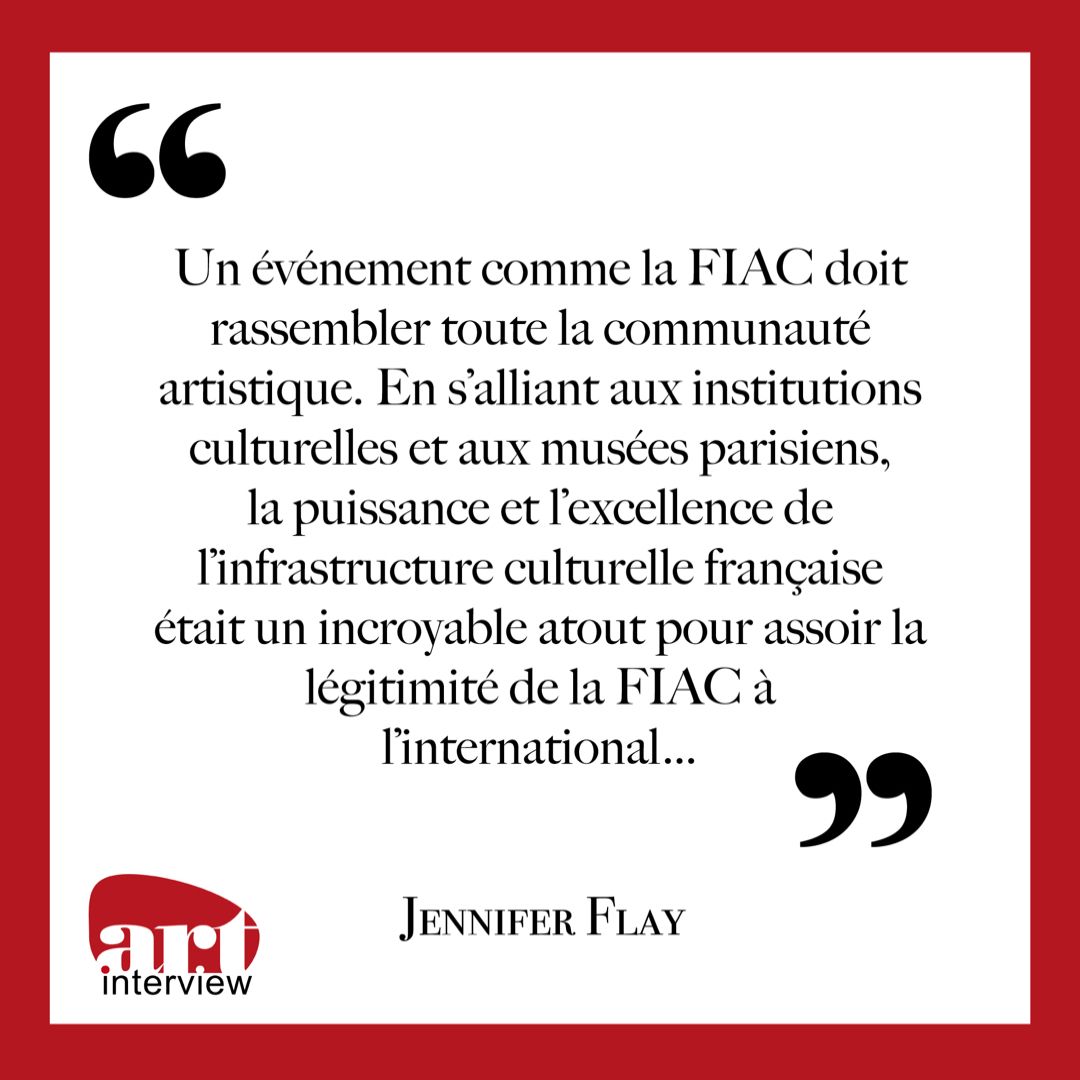 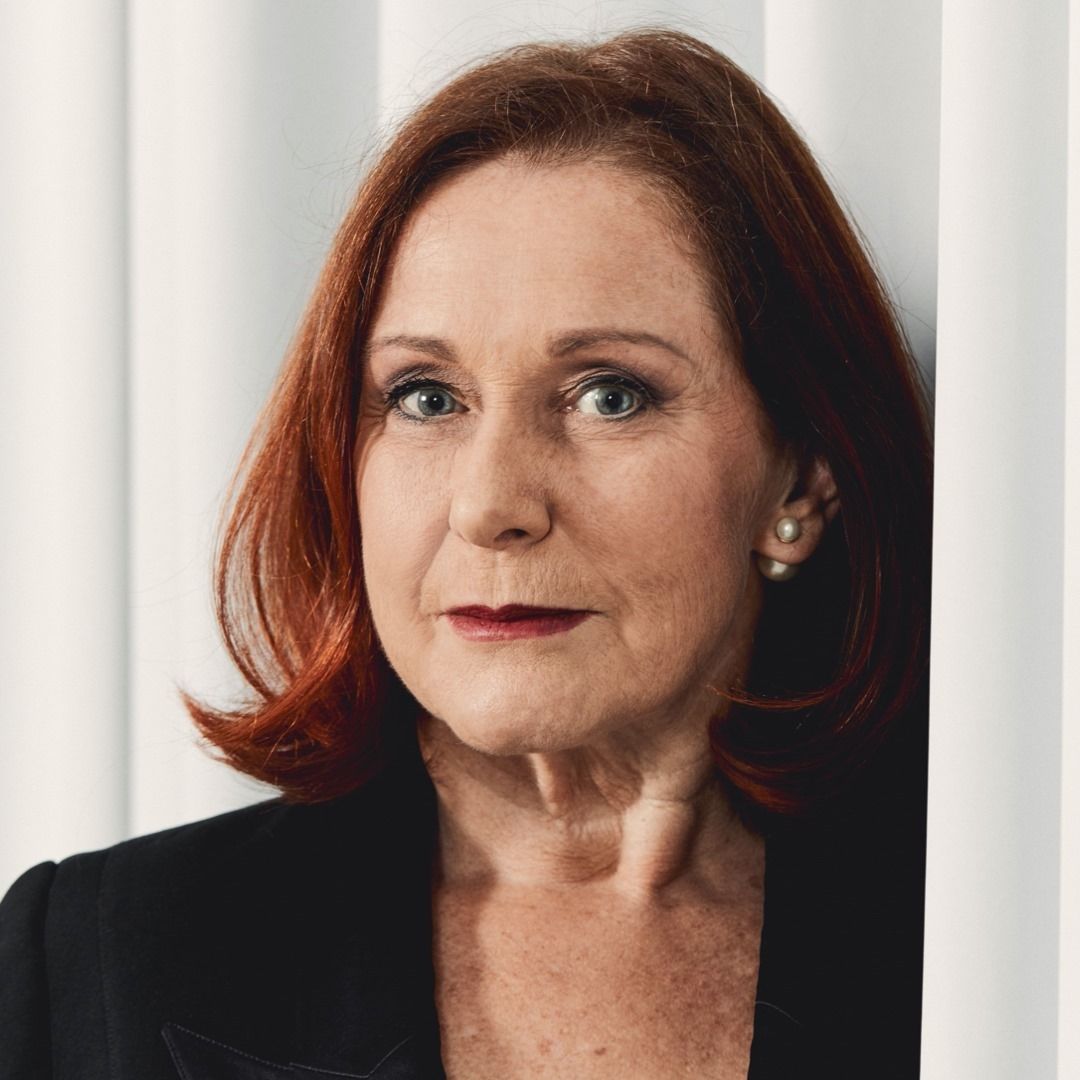 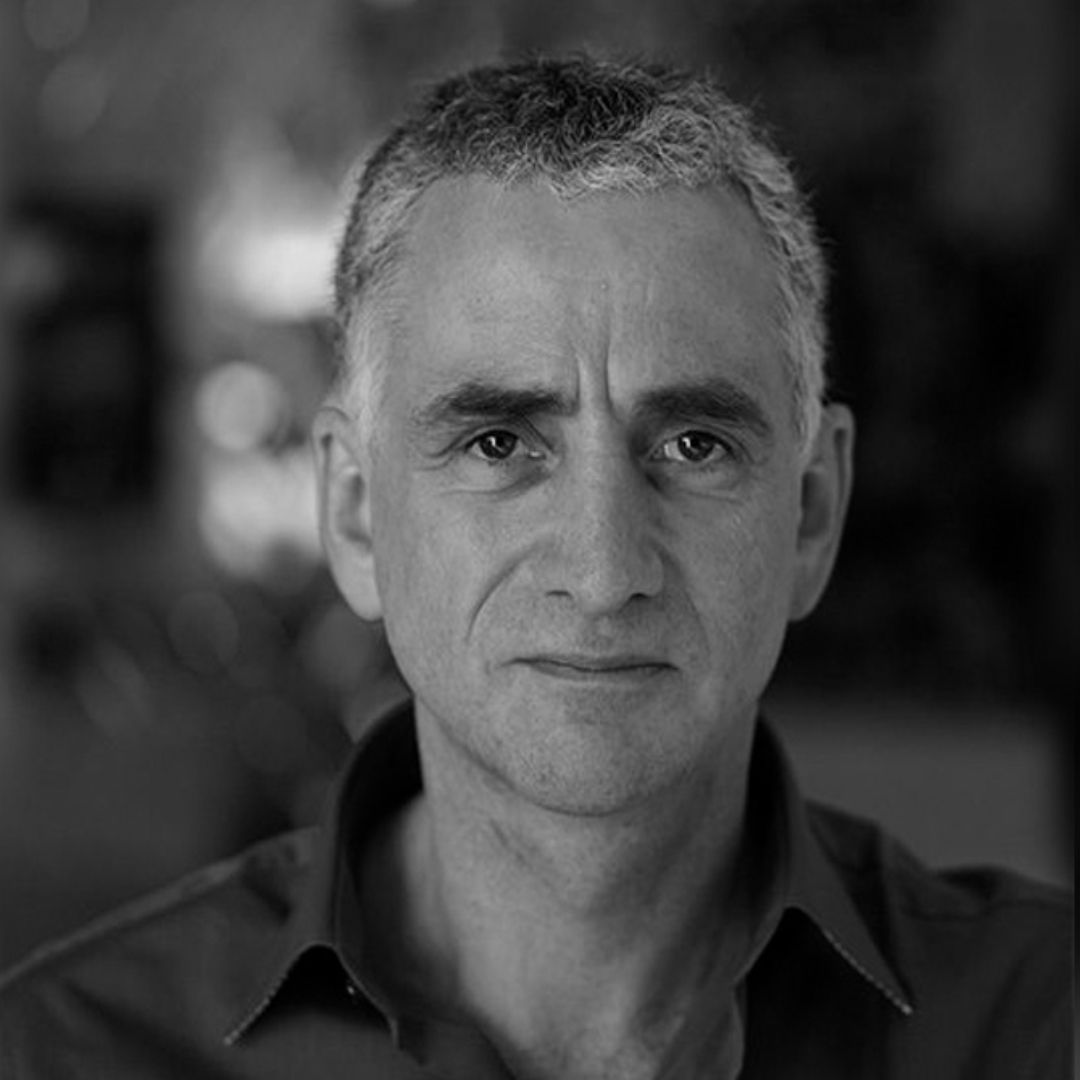 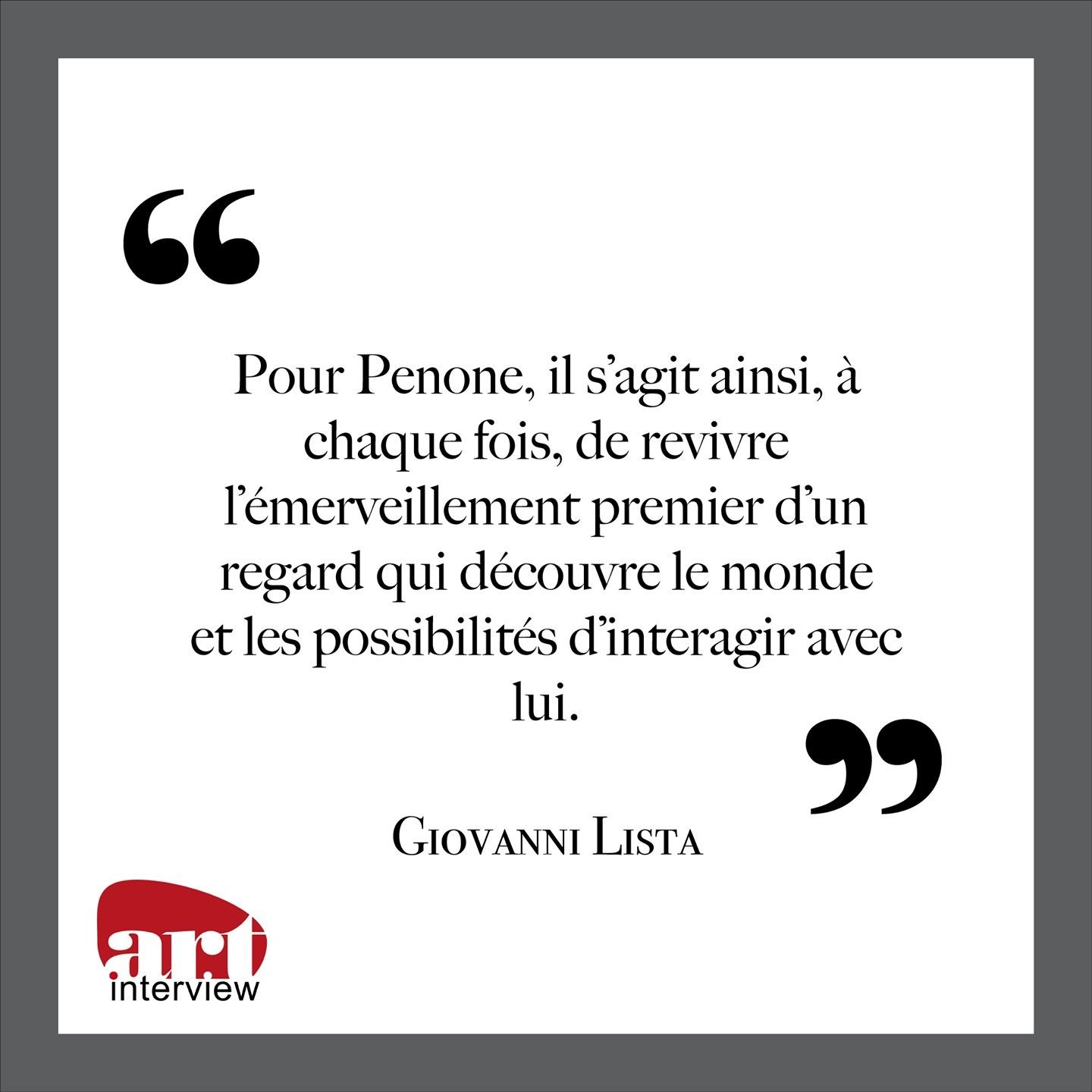 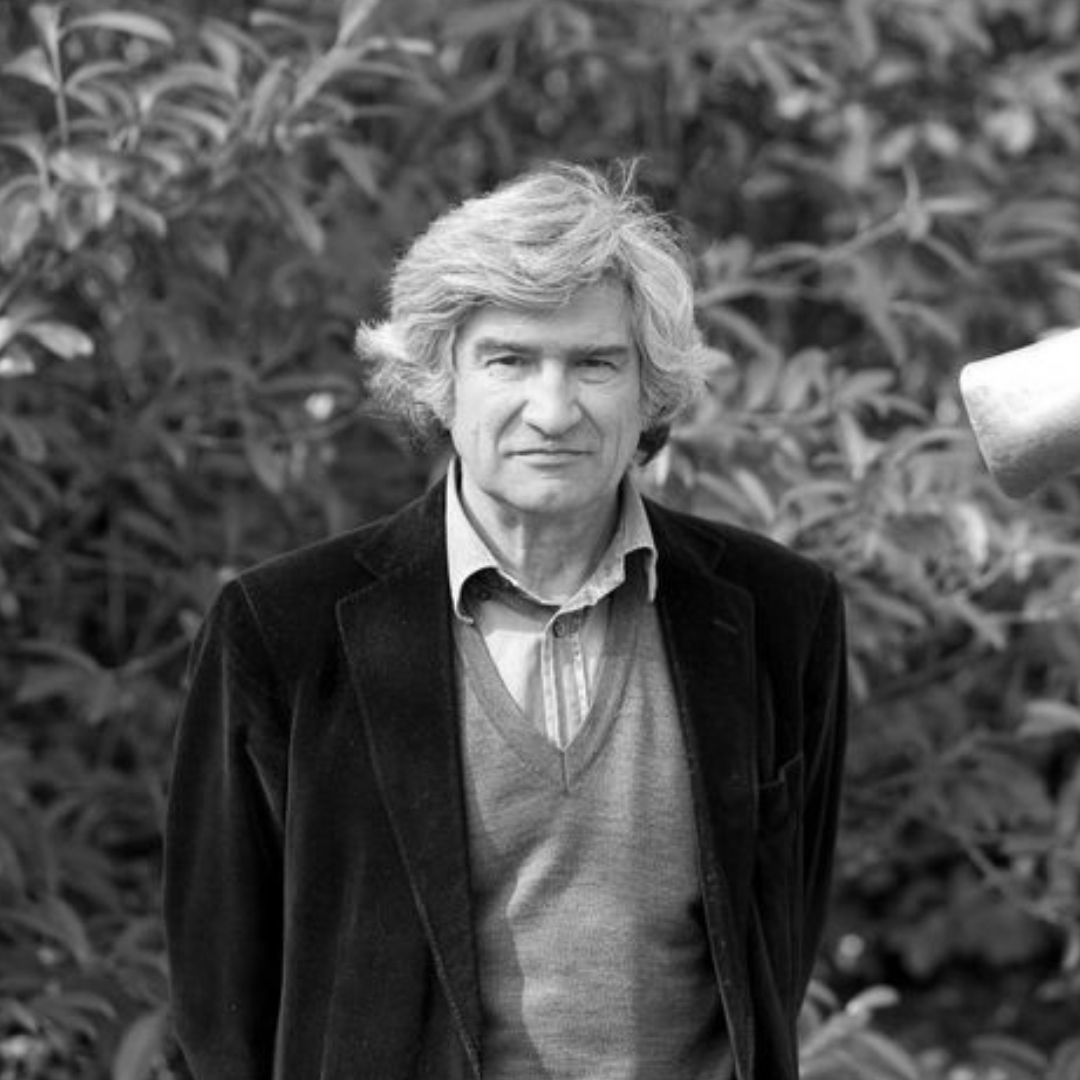 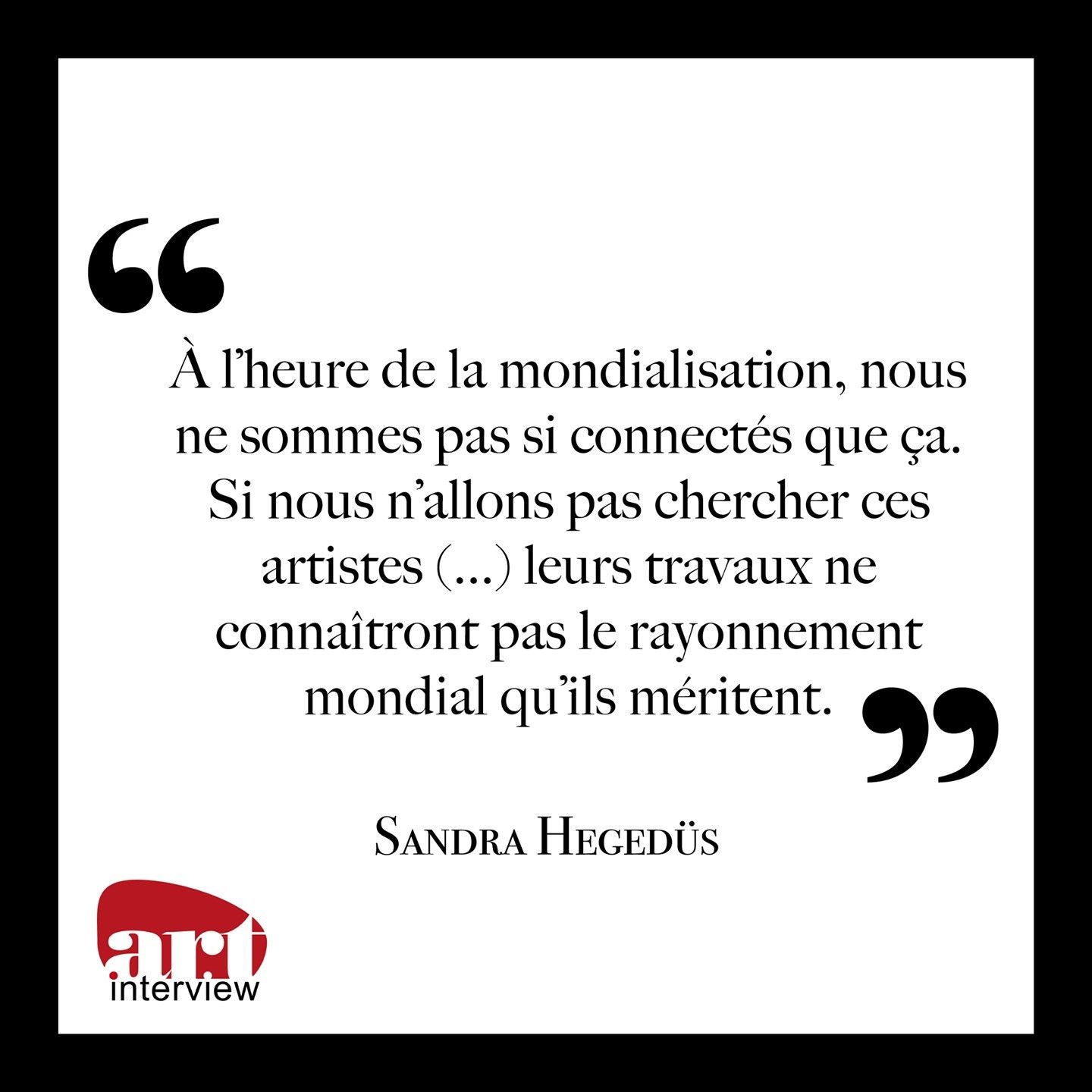 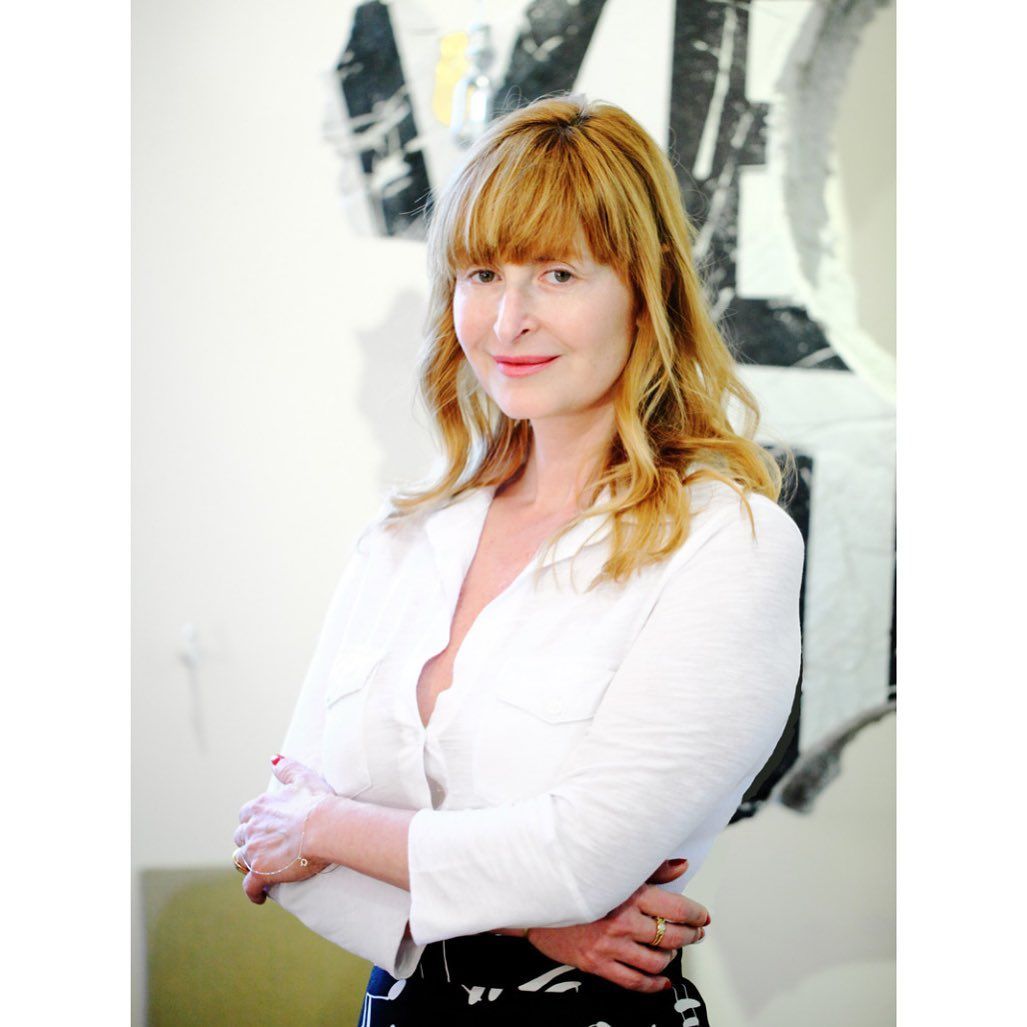