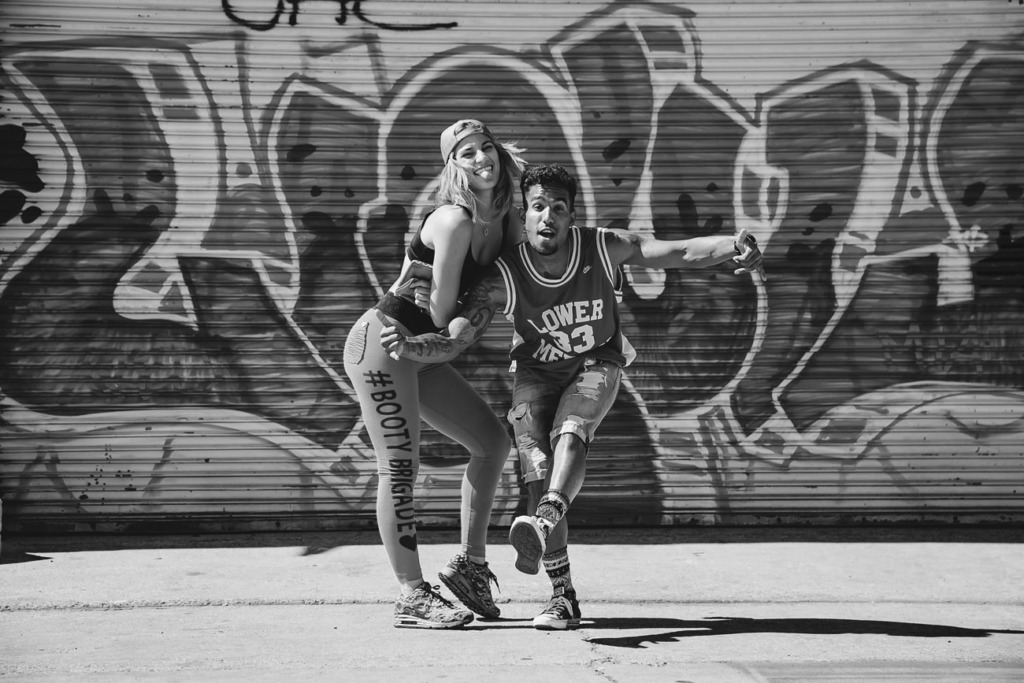 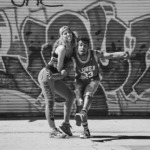 January, 2015 was also a time to reaffirm what might seem to be the naïve convictions of le hip hop as both a community and artistic practice in France linking disadvantaged neighborhoods to citizenship and participation in the Republic via dance programs and performances. For twenty-three years, the Suresnes Cités-Danse festival, at the elegant Art Deco theater in one of the historically communist suburbs of the so-called “red belt” around Paris, has been giving hip hop dancers and choreographers working with them a big stage. Early grants went to US choreographers Rennie Harris and Doug Elkins, and the theater’s director Olivier Meyer funded French choreographers from contemporary dance backgrounds to work with hip hop dancers, expanding their movement vocabulary. Over time, hip hop has produced what might be called its own, “indigenous” choreographers, who draw out their choreographies from a hip hop base but have worked not to be limited by it. The dances, like the dancers, move beyond the suburbs.

Even as a concert form in France, developed over decades now by festivals and programs like Suresnes’, le hip hop remains a visibly minority dance form. In early hip hop it was always pointed out when a dancer was self-trained, meaning that she or he didn’t have a dance diploma, not to mention any other kind of diploma. This issue of class in dance has eluded us in the US, where we often haven’t seen schooling as significant to a dancer’s profile or prowess. The majority-minority group dancing hip hop in France are those in the US we might call young men of color, most often from North African or African, less often from Asian or South Asian family background. While it is illegal to gather statistics on race in France, hip hop has been closely identified with minority expression and the multiculturalism that in Europe is identified with immigration and the ethnic diversity of the working classes and suburban cités. Evoking its roots in US inner-city culture and the melting pot of Anglo-Saxon identity politics, French hip hop has managed to negotiate a space for diversity without mobilizing statistics.  As a choreographic form it allows dancers to stage their difference as visible minorities, but also to dance past these differences as artists recognized by local, regional and state arts structures.  French dancers I have interviewed always expressed surprise that their American predecessors, whom they credit with creating this dance, never received such acknowledgement.

In recent years, while urban dance has become more visible and more prominent on the dance scene nationally and internationally, funding for hip hop dance classes and workshops in underserved urban zones has dried up along with many after-school programs, social work, and tutors or mentors (educateurs) for youth in poor neighborhoods. Meanwhile, French hip hop choreographies have been seen on major stages around the world, as companies mixing modern dance and hip hop vocabulary have traveled to represent the French patrimoine culturel; and French hip hop champions have emerged from global battles and are always known to the break dancers who sometimes attend my lectures in the U.S. on le hip hop. From my audiences in the U.S. and the E.U. I also hear complaints that French hip hop, funded by state institutions, has lost the edge of the raw energy of urban under-privilege, although many dancers in French hip hop would contest this.

Although I have written on women hip hoppers such as Stéphanie Nataf, Yiphun Chiem, and Delphine Caron, most of the scholarship focuses on the male majority. At Suresnes in 2015, one of the programs promoting hip hop in shorter pieces, the Cités-Danse Connexions (#3)  featured female performers in two out of three pieces, although only one as a choreographer, Sandrine Lescourant aka “Mufasa”.  Lescourant’s first choreography, Parasite, was danced by five women, including herself. Women are becoming increasingly visible in hip hop companies and choreographies. In some hip hop groups followed for years by sociologist Isabelle Kauffmann, young women from minority communities stopped dancing at the time of their marriage. See Isabelle Kauffmann, Génération du hip hop. Danser au défi des assignations (doctoral dissertation, University of Nantes, 2007).

Over time, hip hop has produced what might be called its own, “indigenous” choreographers, who draw out their choreographies from a hip hop base but have worked not to be limited by it. The dances, like the dancers, move beyond the suburbs.